Something About the Fund and its Namesake 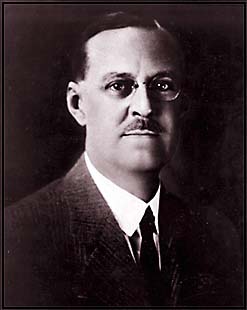 The fund is named after Dr. T.H. McHatton who was the first head of the Department of Horticulture and served as head for 42 years (1908 to 1950). He was elected and served as President of the American Society for Horticultural Science (1930-31), the only Georgian to be so honored. Thomas Hubbard McHatton was born in Brooklyn, New York, but grew up in Macon, Georgia where his father was a physician. After graduating from high school in Macon, he entered Springhill College in Mobile, Alabama. In 1903 he received a B.S. degree from Springhill as well as a B.S. in Horticulture from Michigan State College and in 1907 was awarded a Doctor of Science Degree from Springhill College. In 1922 Dr. McHatton earned a Master of Science degree in Horticulture from Michigan State College and also studied at Cornell, Iowa State College, and was a visiting scientist at Massachusetts State College in 1928. He began his career in Georgia in 1907 as a professor of agriculture and science in the Sixth District Agricultural School, Barnsville, Georgia. In January 1908 he joined the faculty of the Georgia Station, Griffin, Georgia and later that year transferred to the Georgia State College of Agriculture in Athens as head of the newly formed Department of Horticulture. Dr. McHatton expanded the departmental curriculum to include courses in landscape design, food science, and entomology, areas that later became the impetus for the formation of three new departments. Under his administration the horticultural faculty increased as did course offerings and extension activity in fruits and nuts, vegetables, and ornamentals. His tenure as department head was interrupted twice for service in the Army during World War I and II. He left the service as a colonel and thereafter was affectionately addressed as Colonel McHatton by his students. Dr. McHatton retired in 1950 and died in 1956 at the age of 73. Among his students were Herman Talmage, later governor of Georgia and United States Senator, Mr. Don Hastings Sr., founder of Hastings Seed Company, Dr. J.W. Fanning, former Vice President for Services at the University of Georgia, Mr. D.W. Brooks, founder, president, and CEO of Goldkist Inc., and many others. We properly recognized this outstanding teacher, research scientist, horticulturist, and gentlemen by naming the Departmental Endowment Fund in his honor so that his legacy will perpetually influence and support students and faculty.

Scope of Horticultural Activity and the Second Century Program

Horticulture is the fastest growing sector of Georgia’s agricultural economy and is lead by rapid expansion of the vegetable, turf, and ornamental industries. In addition to encompassing the production, storage, and distribution of fruits, vegetables, ornamental plants, and turf, horticulture also includes landscape management and design. Furthermore, horticulture includes many allied service industries such as garden centers, custom spraying firms, landscape and lawn care firms, golf courses, public gardens, etc. Horticulture’s mission is unique within the College of Agricultural and Environmental Sciences and in agriculture in general. Quality of life is impacted through improved food stuffs and nutrition (vegetables, herbs, fruit and nuts), elevated mental and physical well-being (gardening), improved aesthetics (ornamentals and landscape design), and from environmental enhancement (shade trees, noise abatement, and erosion control). Thus, horticulture directly impacts all Georgia citizens from the rural areas to urban centers, regardless of their profession.

Horticulture in Georgia exceeds two and one half billion dollars annually and is increasing. Georgia’s diverse climate supports temperate fruit crops, warm and cool season vegetable crops, and various ornamental crops with a minimum of energy input. The eastern United States markets provide a close and viable market for Georgia horticultural products. Recent population and economic growth in the Sunbelt States have provided additional markets that did not exist in the past. The expansion of the Sunbelt as well as the national economy has further increased the demand for Georgia horticultural products and fuels the growth of the horticultural industry. Tourism into Georgia has increased exponentially during the last few years which has spurred interest in public garden development and growth. The massive population growth for the Southeastern United States projected to occur within the next 20 years will no doubt propel the continued growth of the Georgia horticultural industry.

The University of Georgia Department of Horticulture has one of the most outstanding undergraduate and graduate teaching programs in the United States. The departmental faculty are outstanding and are internationally recognized. Several faculty have received national and international awards from scientific, commodity, and amateur organizations for teaching, research, and service. The undergraduate teaching program is viable, and its graduates are in high demand. All undergraduates are placed in horticultural industry positions before they graduate and usually with two or more positions from which to choose. The graduate program alumni have excelled in faculty positions at universities throughout the United States while others are leaders in the horticultural production industry, service industry, government service, and the public parks and golf course sector.

Need of Funding to Support the Growing Horticultural Industry

The horticultural industry is experiencing a rapid growth rate during a period of declining public funding for research and teaching programs. State and Federal resources do not allow for the same level in agricultural funding that existed in the past. The introduction of new horticultural crops has created new production problems which need solutions as well new problems that arise with traditional fruit, vegetable, and ornamental crops. There is also an urgent demand for trained employees to work in this growing industry. In order to ensure the future economic health of the industry, funds for continued support of departmental programs at a level equal to or greater than what we have experienced in the past is paramount. These funds can only be realized through income from endowments since there is a limited amount of commodity funds available for research and fewer availabilities for educational programs. Traditional granting agencies are increasing funding only basic research leaving applied horticultural research to seek funding elsewhere. The problems that exist within the industry cannot be solved through basic research alone. Thus, the T.H. McHatton Horticultural Department Endowment Fund has been established to provide funds needed to maintain educational programs and support applied horticultural research.

To enhance the horticulture programs at the University of Georgia and to honor the legacy of Dr. T. H. McHatton, please consider contributing to the T.H. McHatton Horticulture Department Endowment Fund.

Help Continue a Legacy of Excellence
Alumni giving back is one of the primary ways CAES can continue its mission. Consider giving today.
Donate Now